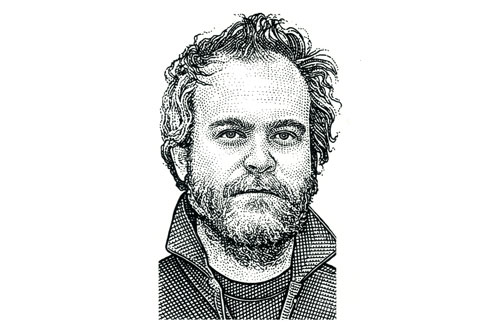 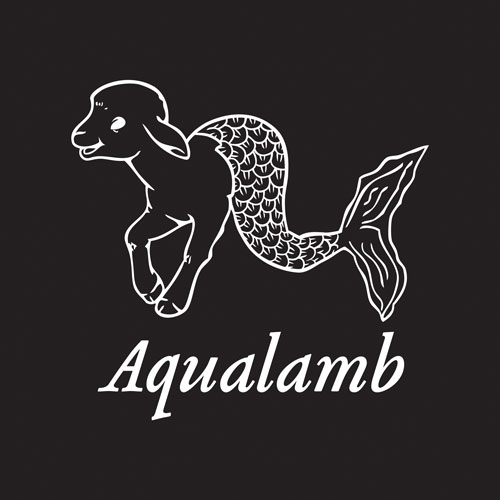 Tell us a bit about the personal career path that led to where you are now.

Design and music have always been a big deal for me growing up in the rust belt of Cleveland and Akron, Ohio. I think those experiences have translated to Aqualambs’ core as a creatively driven music label and publisher of books.

As a kid, I would get entranced at the covers of my Dad’s album collection. I have always been in bands and loved creating artwork, posters, and album covers. Pursuing a career in design seemed a great way to complement my love of the music scenes and stay involved as a performer, artist, and facilitator for the music scene.

I think coming to New York City for grad school in the early aughts has opened a world of opportunities and experiences I could not have dreamed of happening. I feel fortunate to have met, performed, and worked with some of my early musical influences, from designing and helping to put out the Cleveland noise band Craw’s box set and book to opening for some of my favorite artists like Archer’s of Loaf, Love as Laughter and Fu Manchu in my various bands to working with a collection of inventive and inspiring bands and artists on the Aqualamb Record Label.

As for Aqualamb Records, how did it get started and what makes you unique in the label landscape?

Aqualamb started from partner Eric Palmerlee and I’s desire to make music tangible again. We were both designers / creative directors and musicians living and working in New York City. Our bands (Vagina Panther and Descender) played together a lot, and we admired one another’s aesthetic in the posters we created for our shows.

We eventually talked about making an imprint for our bands and other NYC bands that we felt deserved more attention. Both of us being design and music nerds, we talked about how the Emigre and 33 1/3 books were so utilitarian because they were cheap to produce and purchase but still visually attractive.

Music had shifted to streaming, and we felt we were living in the age of invisible music. Something was missing. Not everyone had a record player but had books. The idea came up, what if we launched a record label that would put out books for each release? Sort of like extended liner notes, but it was still something a fan could buy and take home with them. We wanted to have the same effect of sitting down listening to the music while staring at a cover as kids.

The books have evolved into their own thing that complements the release. Some books follow a traditional book format with words and stories, for instance, Skryptor’s Luminous Volumes is a series of illustrated short horror stories, and Zeb Gould’s Destroyer Deliver book is a series of his writings Zeb wrote after creating the music. ( We now have an audiobook coming out for that release that Zeb read and did the sound design for. )

Other books are graphic novels made as a visual concept record for the band. The Space Merchants Kiss the Dirt is a 100 plus page graphic novel created by comic artist Joshua Ray Stephens and designer Braulio Amando. We worked with the doom band Frayle on a book and the Buckley Museum of witchcraft on book of various witch ephemera from that collection.

Each book is its own thing based on where the artist takes it, and we appreciate working with the bands to create an element that gives a substantial tangible component to the release.

I tried to understand this K-Pop thing.

I have been building things lately. Anything craft-related. I guess being a general contractor would be a fulfilling job. The idea of making something with your hands and having something to show for it at the end of the project is rewarding.

I want to open an esoteric bar and music venue on Mars.

I would most likely spend it on the music label, making books, and get that music venue open on Mars.

Lately, I have been deep into Youtube holes of off-the-grid building and bushcraft. I love the various movements popping up that get back to nature and simplified living.

Juku Sushi in NYC. The Omakase menu is fantastic.

You’re stranded on a desert island (or in your own home!) What five well-known people (dead or alive) would you like to have there with you?

I guess hard to say who, exactly, but it would be a well-known scientist, writer, chemist, musician, and bartender. Of course, I would smuggle my wife, kids, and my dog Coo. (My punk cat can stay.)