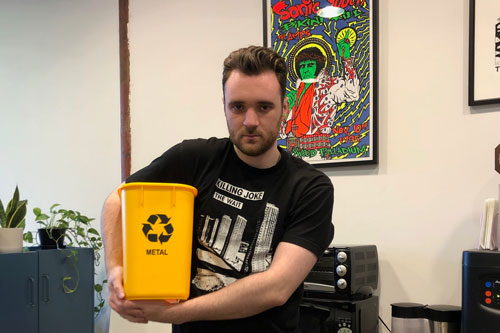 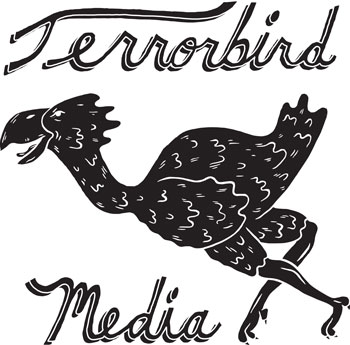 I was involved at UConn’s radio station, WHUS, all throughout my time at college. I become the music director my senior year where I got to chat with some really great promoters and meet a lot of other people in various parts of the industry. When I graduated, I was lucky enough to be offered an internship at Terrorbird, and worked as an intern that summer into the fall. The timing happened to be just right and I was offered a full time position on the radio team. I’ve always been extremely thankful that I was able to land a job that I really love right out of school. I definitely dodged a bullet with the post-grad job hunt.

There’s been so many fun moments throughout my time at Terrorbird and SO many great records that we’ve worked from artists I’ve loved for a really long time. Personally it’s been a dream getting to work with labels like Dais, Sacred Bones, and other purveyors of weird, experimental music. One of my favorite live experiences was going to see Xiu Xiu perform at the Guggenheim here in New York. Xiu Xiu’s 2017 record ‘FORGET’ was one of the first records I worked as a proper promoter, and getting to develop a relationship with Jamie has been really wonderful. Also I absolutely can’t wait to start working on the new Choir Boy record in a few weeks, they’re one of my all time favorites and their new album is amazing.

What have been some new challenges (and perhaps any solutions to them) you’ve faced promoting music during this pandemic?

Honestly I’ve found that people are more thankful than ever to have new music as a distraction from current events, and on the flip side artists and labels are thankful for any support and good news right now. Seeing the ways radio has adapted and stepped up given the circumstances has been really heartwarming. The biggest challenge at the start of all of this was figuring out who was still around and in what capacity they were operating. I think the dust has definitely settled on that though and the community has adjusted to a new routine.

I’m a huge metal fan. Mostly black metal or more experimental stuff, but I like a good bit of death, doom, etc. I’m actually in a black metal band as well. We’ve worked a few heavier-leaning records and it’s always fun to get to express that part of my music taste.

I always tell myself I have no idea what I would be doing if I didn’t work in music, and I think that’s definitely true. I’d probably be doing something a lot more boring and a lot less rewarding.

I’d really love to go to England or Tokyo. England simply because so much music and culture that I love has come from there, and Tokyo for my inner sci-fi anime nerd. It also just seems like a totally surreal place that’s completely different from where I currently live.

Immediately move out of New York and go somewhere with a lot more space and a lot more nature. Then invest it all in a top notch home recording studio in the middle of the woods. Also pay off my student loans.

I’ve watched nearly every single season of Ru Paul’s Drag Race while stuck at home, which has been really fun. I also watched Capote for the first time the other night. Philip Seymour Hoffman was one of my all time favorite actors, so I have no idea why it took me so long to watch it but it was amazing. Earlier in the quarantine I watched a bunch of old samurai movies as well. As far as albums go I’ve been listening to Nicolas Jaar’s new record Cenizas a lot. It’s been great company for my night-time walks and for helping ease my nerves about our current situation.

When you were still allowed to host out-of-town guests, what was your favorite restaurant to take them to?

There’s a great bar just down the street from my apartment called Aunt Ginny’s that has shockingly good and cheap food in the back. When people would come visit I would almost always take them there because the drinks are cheap and the food is great. Luckily for me they’re still open for pick-up through the quarantine.