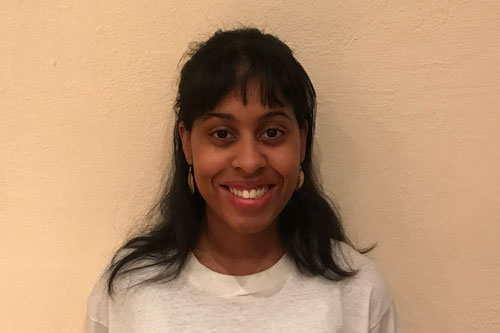 Well, it all started in New York City in 2009. I had no idea I’d be an intern forever! All jokes aside, I have interned/part-time worked at many beloved indie favorites such as The Fader FARM Team (marketing street team for The FADER), Captured Tracks (label), Insound.com (online music retail), Northern Spy (label), trans-pecos (venue), Boiler Room (music broadcasting platform). How could you not want to continue working in music when doors like that open? I was always surrounded by the most talented and driven indie artists and indie label professionals. I truly have been enamored by this industry for many years.

During my last 3-4 years living in New York City I was working part-time at Jazz at Lincoln Center at night. I would work late shifts in a dark control room monitoring Livestream broadcasts for their jazz club performances. At 1 am as I was heading home for the night, I rode the service elevator down with Wayne Shorter. By far one of my favorite jazz musicians! Because it was so late in the night and I had worked double shifts at two completely different jobs I had lost all social skills so the only thing I could say to him was “Hello! Great night!” and he responded with “Yes, thank you” very odd interaction and telling this story now I realize it doesn’t make much sense but still amazing.

Aside from the overall challenge of the music industry shifting during a pandemic, I would say keeping an audience engaged. Not having live music this past year definitely has taken a toll, it has allowed others to start thinking a lot more digitally (which is where we were headed anyway). Nothing wrong with digital but I definitely feel there is only but so much you can do over the internets to keep fans engaged. The human interaction (live shows) and physical aspect (exclusive vinyl) is what really keeps the customer coming back.

Probably The Weeknd. Was really impressed with his presence/hit singles during the pandemic. Still blows my mind he didn’t get a Grammy nomination for any of it this year.

I worked at a few popular café/bar/restaurants in New York (who hasn’t) whilst working my many music related internships and part-time gigs. I would probably like to open my own café or roastery. I no longer can drink coffee but I love everything about the process and the smell!

Hard to say right now but basically anywhere but the states would be nice right about now.

Would be really cool to build a safe community for BIPOC & AAPI that had better access to food/health care – basically healthier options! Since moving to LA this issue has really stuck out like a sore thumb to me. Would also probably buy a house in the same community and save the rest for travel but I’m sure we’re way over 10 million dollars now, haha..

TV Show: I have started Real Housewives of Atlanta (for laughs).

Movie: I watched Blow Out with John Travolta. I’m originally from Philadelphia and it’s taken me this long to see this movie! Was good!

Favorite Album: I like Arlo Parks’ new record ‘Collapsed In Sunbeams’. It just puts me in a good mood and honestly reminds me of a pop album I would have liked growing up in the late 90’s/early 2000’s.

I like Swinger’s here in LA. I’m a diner girl and this diner is healthier than your average diner. They have quinoa bowls! It’s still open so support if you can!

This is very hard because I don’t really idolize people, oops. The best way I can do this is by mention the type of person I would like to be around on my desert island/in my home.