May Genre DJ of the Month: 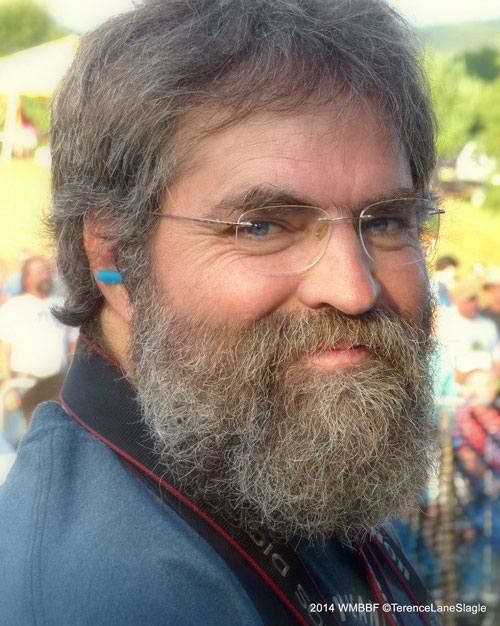 Tell us about WMEB. How did it get started and what unique role does it play in the Bangor radio market?

WMEB was licensed for FM broadcasting in 1962. It had been preceded by WORO, which had been broadcast in a few dorms and other buildings using low power AM. It was primarily put together using spare/junk parts and equipment. Students and faculty in the Speech Department and Engineering Department were the driving force behind getting WMEB licensed for FM broadcasting. The station was originally housed in Stevens Hall and moved ‘temporarily’ to the East Annex in 1981. In 2003 it moved into the Memorial Union as part of a building expansion that brought a number of student groups into the Student Union. During my time at WMEB we’ve gone from 380 watts (1980s) to 684 watts (1998) to 10,000 watts (2009).

The fairly low population density of the Bangor area keeps the commercial radio market pretty standard. WMEB hopes to appeal to music fans that want to explore well beyond the tip of the iceberg that commercial radio delivers.

How long have you been at WMEB? How did you first hear about it & what is your history there?

I’ve been involved with WMEB since 1988. I was aware of WMEB , having listened to it since I was a teenager in the ’70s. I’ve also been a university employee (in IT before it was called IT) since 1981. There’s a long story, which I won’t bore you with, about how I came to get a show on WMEB. I started doing a show on Friday afternoons in the fall of 1988. It was a ‘bins’ show where the new music bins were stocked with current alternative LPs (it would still be a few years before record labels started to routinely service media with Cds). In 1991 the station manager wanted to change the weekday afternoon schedule to have a Jazz Lunch (M-F) followed by Blues (M, F), Folk (T, Th), and Reggae (W). Rather than change time slots I decided that I had enough Blues interest and knowledge to be able to do a show justice and have some fun with it (and here I am 28 years later…).

WMEB used to be affiliated with the Journalism and Broadcasting Department at the University of Maine. Budget cuts in the early 1990s forced the university to cut the Broadcasting portion of that department out of the curriculum. WMEB spent a few years adrift without much formal oversight. During that time I filled in as an interim music director on a few occasions and tried to offer some oversight guidance without really having an official position. In 1998 a student tried to fire me (we disagreed on the philosophy of what the station should be). Two advisors had recently been appointed (after having no official advisor for about 5 years). Through their investigation of that issue they decided that I was an asset to the station and made me an official part of the advising team. We worked together as a team for several years. One of them left around 2004. The other retired in 2009 (or maybe 2008).

Not only do you have a weekly Blues show, but you are a station advisor. What would you say is your biggest challenge in recruiting and motivating new students to get involved at the station?

College radio stations attract students (many of them, perhaps, identifying as misfits) from a wide variety of backgrounds with an equally wide variety of musical tastes. Getting them to a point where they realize they are part of something bigger, where they can bond over their commonalities, rather than get polarized over differences, is a challenge. Getting them to understand that they can retain their individual personalities while being part of a solid team ethos is challenging.

What has been your favorite album released in the last year or so and why do you like it so much?

For Blues – Songs of Our Native Daughters. It’s a powerful album and statement about race and society. It’s also extremely sad that the songs on this album continue to be so relevant to our society today.

For other music genres I’d have a hard time picking a ‘favorite’ . There is so much good music out there if you’re willing to put forth a little effort to find it.  One album, though, that I keep returning to is St. Vincent’s MassEducation. I liked Masseduction, but I also like hearing artists strip their songs down. The results can often be illuminating, and in this case, stunning.

What upcoming 2019 release are you anticipating most?

For Blues, the new Kingfish album should herald a young artist’s emergence to a larger audience. But go see him perform live!

Flaming Lips have a new album coming before too long. They are always interesting! I’m also looking forward to the album/artist, that I know nothing about today, that will knock me out. Also, if my friends in When Particles Collide are planning to record this year, then I look forward to whatever they do. They are a rockin’ duo! Look them up.

Who is an artist or band completely outside the realm of blues music that people might be most intrigued to know you love?

Acid Mothers Temple. Or the Carpenters.

I can’t think of one that had the level of impact the question is looking for. There have been lots of decisions along the way that have been informed by family, coaches, friends, mentors and the experiences that all those people impacted. They’re all more like nudges or course corrections than an asteroid strike.

Do you think social media has generally been a positive or negative force in how people interact and stay connected?

Mostly positive. It’s cool to be able to keep an awareness of friends and colleagues who, for whatever reason, have been scattered geographically.

So many neat eras to choose from. It would be cool to be able to see Billie Holiday at the Apollo. I’d also like to go back to a time, when I was alive, so I could be in the audience for Eva Cassidy’s Blues Alley performances that became her live album. Or to see Danny Gatton perform.

The Bangor area has a higher than average concentration of brew pubs and tasting rooms. We like them all, but I’d start at Nocturnem.

Another tough one. Probably “Don’t lose for technology”. This was in regard to racquetball equipment which, like tennis equipment, had undergone extensive changes with lighter, stronger materials becoming available while also adopting rules allowing the string surface to be larger. Athletic ability being equal, don’t lose because the other guy’s equipment gives him an edge that you don’t have. I was campus racquetball champ for the decade of the 90s…

Dog or Cat?  Cat
Cold drinks or hot ones?  Cold
Sunrise or Sunset?  Sunset (Being a night person for most of my life, I don’t see a lot of sunrises)
City or Country?  Country, but with access to a reasonably sized city with good arts support.
Watch TV or Read A Book?  Read a book, though I probably watch too much TV
Winter or Summer?  Summer
Dine Out or Cook At Home?  Cook at home
French Fries or Onion Rings?  Fries
Pants or Shorts?  Shorts

Do you have any current favorite TV show obsessions? What is the best movie you’ve seen recently?

No obsessions, though I’m an avid fan of the Big Bang Theory. I haven’t seen a lot of movies recently. We keep busy enough that I’m behind on watching several shows I enjoy (This is Us, The Orville). I am looking forward to seeing the Deadwood movie.

I wish compressed music formats (mp3, I’m looking at you) had never been invented. I don’t know that I would consider myself an audiophile, but I do want a good playback system and the best possible recording available, whether it’s a crystal clear MFSL copy of Sgt. Pepper’s or a lo-fi bootleg recording of some underground punk band in a tiny basement club. I know that mastering involves some compression, but don’t compress it further!

The piece of technology I could never do without is a pen. Or my DSLR.