April Genre DJ of the Month: 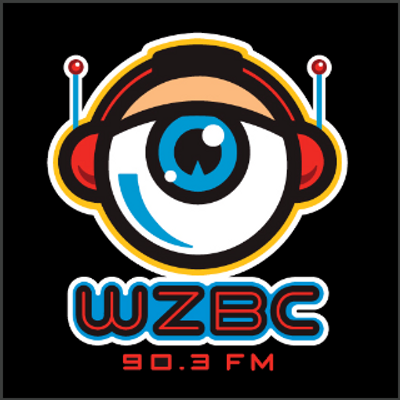 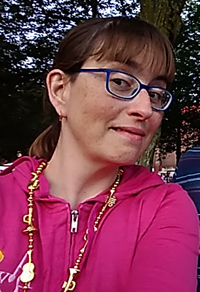 Tell us about WZBC. How did it get started and what unique role does it play in the Boston radio market?

The station formed in 1974 and been an essential alternative to the alternatives in music and features offerings for many years. Students and community members offer the best in emerging and obscure rock gems and many known and unknown genres like Industrial, Country, or Global Music, to night block know as NCP (No Commercial Potential) dedicated to experimental music, to locally produced features programming on produced and aired on mornings and weekends. Another fun fact is that the playlist-management web-based application for playlist entry for non-commercial community and educational radio stations, Spinitron, was co-founded by a long-time alum from WZBC.

How long have you been at WZBC? How did you first hear about it & what is your history there?

I have contributed in community radio for over 20 years; I must have started in kindergarten 🙂  About 10 years ago, DJ Madame B wanted to expand into the Boston area and knew how important WZBC was in Boston music scene. I also saw a need for a global music show and genre director there and the leadership was open to this along with airing Spoiler Alert Radio as a features show.

You have a show called “Donne del Mondo” and another called “Spoiler Alert.” Tell us a bit about the shows and what makes them special?

I am involved with a different radio shows and themes currently at different stations. At WZBC, I host Transworld Airwaves which is defined as a cross-cultural musical journey united in voices and rhythms which is a freeform global music show of sorts often with a focus on themes connecting new sounds and voices around the world. Additionally, Spoiler Alert Radio is a half-hour features show that I started under MergingArts Productions, my non-profit organization, which is independently produced and syndicated by the Pacifica Radio Network on stations across the country, yet I also air it locally on WZBC. We feature conversations with people who work behind the scenes in film internationally including composers, production designers, sound designers, editors, cinematographers, and more.

Donne del Mondo is a show that I host and co-produce and is occasionally syndicated that focuses on global music by women, the musical women on the world which is produced in Providence, RI aired locally at BSR at Brown University on WBRU which stemmed from other women in music shows I have been involved with over the years. You can learn about these and other radio projects here.

Tell us a bit about your endeavors with the Short Short Story and Womanimation! Film Festivals you are involved in.

In 2007, after attending many film festivals over the years, my partner Paul Elsnau and I found that many of the shorter films under six minutes would get buried and forgotten versus longer films and started the Short Short Story Film Festival. We also like to include both live action and animated stories in the mix from around the world in this competitive film festival. To emphasize the fact that our films are all under six minutes, we call them “Short Short” films. The “Story” emphasizes the fact that these are not experimental pieces, which many very short films are. Our films emphasize a narrative despite their brief running times. The flow of the films are important like a solid DJ mix.

For the Womanimation! Film Festival, the festival started out of my work in programming shorts for a multifaceted SWAN Day event (Support Women Artists Now) in 2008. Several of the shorts featured were animated and with both independent and international animation with more substance than the standard major studio projects and women’s voices are often hidden in the film world and even further in the animation world. By 2009, Womanimation! became its own event featuring the best in international animated stories by women with many mediums and formats from 2D to Stop Motion. Both festival never charge filmmakers submission fees with is unique for a competitive festival in the States but is more common in Europe.

What was your favorite album of 2018? What upcoming 2019 release are you anticipating most?

That is such a hard as there are too many that come to mind that were released. I especially liked releases that came out from Eastern Europe and Nordic countries which past year and also several led by women which I have been thrilled to spin and chart like Belonoga’s Through the Eyes of the Earth from Bulgaria, Tautumeitas from Latvia, and Anne-Mari Kivimaki’s Ilja and Solju’s Ođđa áigodat from Finland. Additionally, I loved Africa Mama’s release Iphupho from South Africa and Moonlight Benjamin’s Siltane from Haiti.

There are so many great releases expected for 2019 including Tuuletar’s on Bafe’s Factory coming in May 2019 from featuring beatbox rhythms meeting Finnish folk tradition and global influences. They currently have a teaser EP Invader with three songs that are delightful.

You can follow my weekly and monthly chart submission here.

I was connected to global music via Dead Can Dance as a goth music DJ and have loved there side projects including a one track 37 minute release called No Land a musical journey featuring the voice Brendan Perry of Dead Can Dance, Olivier Mellano who as a composer we interviewed on Spoiler Alert Radio, and Bagad Cesson – 30 bag pipers from the large ensemble. I like their description the sound together as “crossroads of modern musical genres and new music, defying codes of traditional folk music”.

Who is an artist or band completely outside the realm of world music that people might be most intrigued to know you love?

I love the genre of post-rock like legends MONO from Japan that take intense typically instrumental rock blended with elements of neo-classical sounds to a new level. I am also a big band of John Grant (formerly of The Czars) as a singer and songwriter who has so many elements in his music over the years as an alternative to the alternatives in music and has worked with Budgie as a drummer and Paula Frazer in his Czars days. He based in Iceland but was originally from Denver. Back to post-rock, I love when I hear these elements in three recent favorite artists/bands: Park Jiha and Jambinai including South Korean instruments or MNMM from Australia featuring Iranian vocalist Gelareh Pour adding Persian elements to their post-rock sound.

My very first job as a teen was in the AV department in my local library which exposed me to music, film, and technology which largely impacted my creative and professional work.

Do you think social media has generally been a positive or negative force in how people interact and stay connected?

Social media is a double edged sword with certainly a fair amount of negative forces to weed through and it does divide people. However, I like to take in the positive elements of sharing and building communities which for me have included musicians and fellow promoters and DJs, filmmakers and the film community around the world, independent radio station friends, and technology and education friends from prior and upcoming work.

The 1960s was such a transitional time period for music, film, and positive change around the world.

Yes, Den Den Asiana is my favorite and is located in Providence, RI. It has great Korean food, the best courteous staff, and lots of options for folks with varied diets like vegan or gluten-free.

Be yourself and don’t be afraid to ask questions.

Dog or Cat?  Cat. I am a big fan and my cats are fans of film and music I have on in the house.
Cold drinks or hot ones?  Cold or hot tea works for me.
Sunrise or Sunset?  Both
City or Country?  Elements of both, leaning towards the city.
Watch TV or Read A Book?  Watch a film; see a concert.
Winter or Summer?  Spring or Fall
Dine Out or Cook At Home?  Eat a meal made by a special someone.
French Fries or Onion Rings?  Sweet potato fries are wheat-free.
Pants or Shorts?  Pants

Do you have any current favorite TV show obsessions? What was the best movie you saw in 2018?

I am not a TV fan but I recommend the bittersweet film made for Netflix, Paddleton, starring Ray Romano and Mark Duplass.

I am equally obsessed with film as music but there were so many great unsung heroes in film like The Rider, Leave No Trace, or You Were Never Really Here, for example that were both directed by women and tell compelling stories.

Finally, share a pet peeve of yours and then share something simple that makes you the most happy.

My pet peeve is seeing people taking videos of live music and not focusing on actually enjoying the show. I am most happy when watching napping cats in the background.