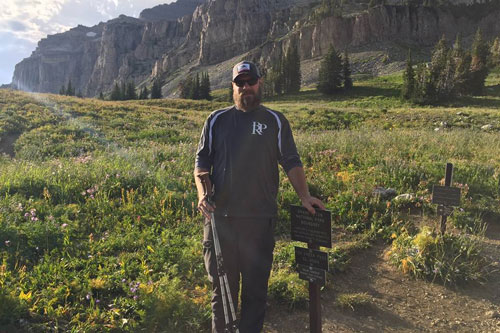 I wanted to work in a recording studio after high school, and all the professionals I talked to suggested trying to get an internship vs. going to school as the technology was changing so fast, it would be an easier (and less expensive) way to do so. I knew some people in the Twin Cities and managed to get an internship at a studio and worked in a few different ones over a couple of years. I then met Jon, who was the owner of Tinderbox and told me about the company and I was intrigued about album promotion and PR in general. I accepted an internship here in the radio department, and once the director position opened up, I got the job…and have been here ever since.

What is your favorite experience you’ve had in your career? Perhaps a musical idol you got to meet? A festival you were able to attend. A project you were involved with promoting?

A few of festivals where I got to run into people I looked up to, such as SXSW and getting to meet Willie Nelson. The Midwest Music Summit in 2005 when I got to see the The Avett Brothers back when they were just getting started, or even South Park Music Festival which brought me back to Breckenridge (and Fairplay, CO) and I got to stay in a multi-million dollar mansion and have private performances from a few amazing artists on our patio. I also got to help bands like Twenty One Pilots, Ingrid Michaelson and Imagine Dragons launch their first pushes to radio while they were unknowns, but I think one of my biggest highlights of my career was getting work one of my favorite artists, and specifically albums, of all time…Gregory Alan Isakov’s “That Sea, the Gambler”…which I was honored to work and one of my ‘desert island albums’. I listen to it all the time.

The hardest part is just trying to promote albums to college stations with so much uncertainty about the state of everyone’s health, which always comes first and which ones can even add/play new stuff. Trying to figure out the best way to reach people and send stuff out in the format which works best for them…but the silver lining in this is the movement to more digital delivery methods. The introduction of the Music Meeting Directory from NACC has been great, so with trying times, comes new opportunity for innovation and progress.

Bluegrass music and old folk would is my newest obsession. Being in Minnesota I was turned on to progressive bluegrass bands like Trampled By Turtles, Pert Near Sandstone and Black River Revue…which in turn, led me down the rabbit hole of the origins of bluegrass music. Now I find myself listening to some of the old-school greats of the genre. The older I get the more folk I’ve been listening to as well. It’s been eye opening to see how important the Twin Cities have been in the early folk scene and I’m still discovering artists who I’ve known nothing about until recently.

I would be working in a small craft brewery for sure. I love craft beer and have done some home brewing over the years. I also think about farming and one day returning to the family farm and getting my hands in the dirt. I like knowing where my food comes from, and I like buying locally sourced organic food.

I would say Norway. Most of my family comes from there, and it’s super beautiful. It’s been on my list of places to go for a long time. I’m hoping to make it over there someday soon.

I would donate most of it. Especially now with the pandemic affecting so many…I see so many homeless people and all I want to do is help out those in need. When I drive by some of the tent cities and see families and especially children living in tents, it breaks my heart…so I would pay off any debt I have, but give away as much as I could.

I like to cook a lot, so when I’m watching TV it’s usually on the Food Network. Shows like Beating Bobby Flay or Chopped are on a lot. I also play a ton of Disc Golf and have played in tournaments for years. The TV coverage for the Disc Golf Pro Tour has been amazing…so usually at night I turn on You Tube and watch the most recent rounds from that previous weekend’s tournament. It’s nice being able to watch a full round in just over an hour instead of an all-day event like most sports. They edit it, so all you see is shot after shot and very little down-time. With multiple camera angles and good commentary it’s getting super fun to watch. My current favorite album has to be “Shore” from Fleet Foxes.

The one I find myself going to the most is a small spot in Northeast Minneapolis called The Sample Room. They always have amazing stuff and their menu is constantly changing. I love foodie type spots, so trying new places is great…but that is typically the one I keep going back too.

You’re stranded on a desert island (or in your own home!)  What five well known people (dead or alive) would you like to have there with you?

I guess I would pick people who would make me see the world differently or make me laugh: Bob Marley, Jerry Garcia, Chris Farley, Robin Williams and Bill Murray.