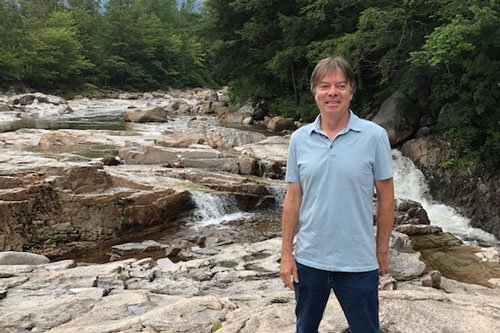 It all started with a transistor radio listening to Dale Dorman on WRKO – Boston.  Then while in high school discovering progressive radio pioneers WBCN and WCAS.  That cemented my desire to get into radio which led to a high school internship at NPR power-house WGBH and then Emerson College where I developed a very popular morning show, The Coffeehouse, in 1980 and went on to become Program Director.  That lead to a job offer from Rounder Records to handle radio promotion and publicity.  Over the course of nearly 30 years, I was part of the team that grew Rounder into the highly respected indie label “that could”.  In 2013, I started my own promotion company, Brad Paul Media, working with various labels including Yep Roc Records, Warner Brothers, Compass, Nettwerk, Signature Sounds, Sire along with a variety of independent artists.

That spirit of progressive and freeform radio that inspired me as a youth, where talented and knowledgeable DJ’s play music that moves them, lives on at community and college radio. This is critical given that free spirited radio mostly disappeared everywhere else on the dial.

There are too many to list here. My time at Rounder Records was truly a gift that afforded me so many incredible experiences and memories.  Here’s a few…. Working with Alison Krauss from the time she was 15 years old through multiple platinum records and culminating with Raising Sand, the collaboration with Robert Plant and T Bone Burnett that won the grammy for Album Of The Year.  Working with R&B legend Charles Brown and being a part of the team that resurrected his career.  Getting a little known band from Milwaukee, The Spanic Boys, on Saturday Night Live after Sinead O’connor walked off the set during rehearsals mid-week.  Those three could each fill a chapter or two if I ever write the book.  Ha Ha!

I really like all styles as long as they are done well and come from the heart.

I took a gap year between high school and Emerson College to work on a horse farm training show horses.  Horses have always been another passion of mine so it would be fair to say I would have likely ended up in the horse business.

I would like to visit the land of my ancestors, Sweden, Scotland and England.  I’ve only spent a little time in Scotland, at the Celtic Connections Festival. The short time I was there I felt a real connection to the place.

There would have been a time when I would have bought a radio station, but you can’t buy one anymore for that amount of money so I’d probably sock it away for my retirement.

I’m still trying to get over the loss of Game Of Thrones.  There were lots of horses and they had dragons for Pete’s sake!

We live out in the countryside where the best meals are prepared in our own kitchen.