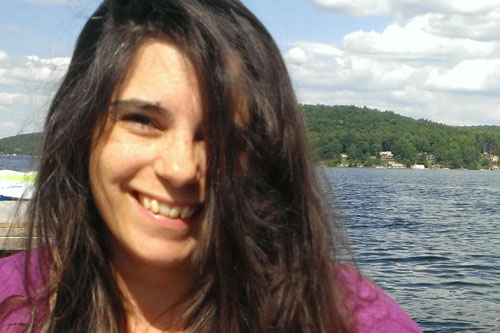 December DJ of the Month:

Tell us about WRCT. How did it get started and how does it uniquely serve the Pittsburgh market?

WRCT was started in 1949 by engineering students and professors as an AM station, and transitioned to the FM band in in 1974. The RCT part stands for Radio Carnegie Tech, which refers to the original name of Carnegie Mellon university. Today, WRCT is a student-run freeform community radio broadcaster welcoming Carnegie Mellon students, faculty, staff, and others in the Pittsburgh community as members and DJs.

How long have you been at WRCT? How did you first hear about it & what is your history there?

I joined the station in 2005. I was working at Carnegie Mellon as a staff member, and on my way into work I used to listen to a local deep house DJ who had a show on in the morning. I had never heard anyone play that kind of music on the radio before, and decided if he could do it, I could too!

You go by DJ Firefly on the air and your website says you do bookings and collaborations. Tell us how you chose your name and what other sorts of things you do aside from your weekly radio show and Electronic MD duties.

I’m not really sure how I ended up with the name DJ Firefly. I was given some advice not to use my real name on the radio, and it popped into my head when I was trying to think of something, and I just never came up with anything I liked better. Since then, I’ve discovered there’s a music fest called Firefly (which I’ve not been to) and TV series called Firefly (which I ended up loving after watching it), and a lot of people seem to think that’s where the name came from but it didn’t.

Aside from my work for the radio station, I also play at DJ events around town and play synths/keyboards with other musician friends. In addition to club nights, I enjoy DJing for more eclectic events such as variety shows, art openings, and I’ve even worked with storytellers and comedians to highlight their stories with music.

What was your favorite album of 2018?

Ozric Tentacles! They are a progressive rock/electronic band from the UK who have over 20 albums out and are still going strong, but very few people in the US seem to know about them.

What is the best live show you have ever attended?

There used to be a music festival in northern Florida called Bear Creek with lots of funk & jamband acts. One year at the end of it, we snuck into an all-night VIP party where many of the festival musicians were having a freeform jam session with different players dropping in and out. It was amazing to see all those talented cats improvise together on the spot – very inspiring!

Who is an artist or band completely outside the realm of electronic music that people might be surprised to know you love?

What is your favorite childhood memory?

When I was in about 7th grade I got to go to a weeklong summer camp in Maryland. On the first day the counselors set up a giant “rock, paper, scissors” tournament as a kind of ice-breaker. I ended up beating the other 200 or so kids that were there to become the big winner, and to my surprise, they all picked me up and carried me up to the dining hall above their heads! It was a very memorable and exhilarating experience!

I grew up in a very rural area, so moving to Pittsburgh after high school was a big step for me. I discovered I loved this city and felt very at home and welcome here, and it gave me a confidence I don’t think I would’ve had otherwise.

I would love to go back to 1969 and go to the Woodstock festival in NY – it looks like it was an amazing event!

Do you have a favorite restaurant in Pittsburgh you always make sure to take guests/visitors to?

I don’t really have a specific favorite, but I love the diversity of restaurants we have here, and it seems like every week something new and interesting opens. So when company comes, I use them as an excuse to try out a place I haven’t been to before.

I’ve always been shy and often felt uncomfortable at parties until a friend once told me that a lot of people feel that way, but some are just better at hiding it than others. She suggested I look for the people standing/sitting by themselves at the edge of the room and go introduce myself, since they’re often in the same boat and might welcome the company. I’ve met some great people that way!

Lately I’ve been binging out on old reruns of Home Improvement – it’s a great combination of different kinds of comedy and I often find myself laughing through the whole thing – very therapeutic!

What is the best movie you’ve seen this year?

It’s rare that I get to go to the movies. The only one I’ve seen this year was “Solo: A Star Wars Story”, which I really enjoyed.

Finally, and most importantly: What was your favorite present you received as a kid during the Holidays?

When I was in 5th grade my parents got me my first record player for Christmas. I didn’t have any records of my own to play, so I borrowed a record from my dad to try it out: “Johnny Hodges – Blue Notes”. Johnny Hodges was a blues saxophonist and not at all my style of music, but I remember listening to it over and over again anyway since it was the only record I had.