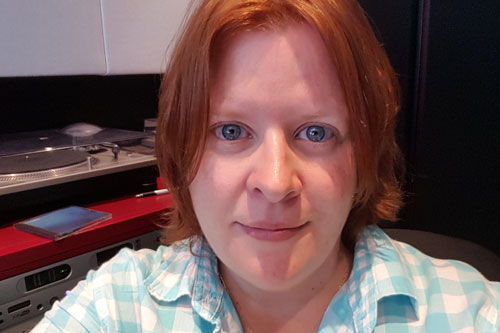 May MD of the Month: 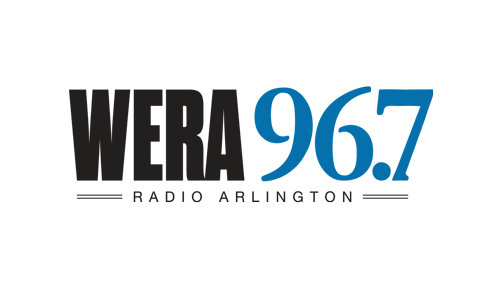 How long have you been involved with WERA and how did you first hear about the station?

I’ve worked here at Arlington Independent Media (AIM) for nearly 17 years! We are the community media center of Arlington, VA so we help people make media of various forms. We have a cable tv channel as well as WERA, and have workshops in video and audio production which of course, includes radio. WERA is a low power FM station that is a project of AIM. We launched in 2015. I first had the idea for LPFM in Arlington in early 2012 when I learned the FCC was going to open up an application window for new LPFMs. I had been yearning for the days I spent in college radio in the early to mid 90s at WLFR at Stockton University, so WERA is a project near and dear to me. It wasn’t an easy path to navigate to make WERA happen, but I’m truly amazed at what we’ve been able to achieve in such a short time.

In addition to handling MD duties, you are the Director of Operations for the larger organization WERA is under: Arlington Independent Media. What else keeps your place (plate?) full (or more than full, it sounds!)

I do a little bit of everything here! From programming to helping DJs to making sure the bills are paid and tons more. The list is long, every day is different and often brings surprises. In my “free” personal time I host a weekly music show called Spin Cycle that airs on WERA. It’s been a challenging year for everyone due to the pandemic, and in all honesty, taking on the music director duties is a zen-like activity that helps my mental health as well as reconnect with my true love of music. I feel it’s important to keep new independent music on our music rotation as I believe it’s why listeners tune in regularly!

What have been some of the biggest obstacles your station/organization has faced during the pandemic and how have you dealt with them?

We continue to face some huge funding challenges and just before the pandemic hit, we went from a staff of six to two in February 2020. It’s been a bit traumatic on many levels, but we’ve done our best to keep programs running both on TV & radio. We’ve also pivoted to offering some of our workshops online including our kids’ summer camps. We see this as an opportunity to reimagine and reinvent how we do what we do! We’ve added new programs on WERA and helped some of our DJs learn to record their programs at home. We were able to hire back some staff in part-time and temporary capacities throughout the year. I feel as though I’ve learned to focus on what’s most important both for the station as well as for myself.

What has been your favorite album released so far in 2021?

It’s hard to choose just one, but Teenage Fanclub “Endless Arcade,” along with Kiwi Jr. ‘Cooler Returns,” Silver Synthetic, Billy Summer “This is Number One.” recently, I’ve had Come Closer “Pretty Garbage” on repeat listens. I absolutely love Hannah Jadagu’s ‘What is Going on?” EP too!

Hard to choose just one, but Teenage Fanclub & R.E.M. It truly depends on my mood.

Which artist/band has put on the best live show you’ve ever seen?

As a transplanted Jersey girl, Springsteen, of course! He was my first major concert at age 15 in Philly and last saw him 5 years ago in Brooklyn. Yo La Tengo never disappoints no matter the type of set they play, I love the soft quiet and the noisy distorted equally!

Frightened Rabbit tugged at my heart & my guts at SXSW in 2008, when I first saw them live & I rarely missed them after that whenever they were in the US.

Who is an artist or band totally outside the realm of the music you play on WERA that people might be surprised to know you love?

As a community station, we have quite a bit of variety on WERA.
I’m a true pop kid at heart. I grew up the youngest in a musical family. We were brought up with all kinds of music and variety shows on TV.

Some might be surprised that I sometimes have Leonard Bernstein, Tchaikovsky and other classical music playing in my car or at home. I used to take my new 45s to the roller skating rink for the DJ to play when I was a kid, because I always had the latest singles!

What are you most looking forward to doing again that you haven’t been able to do during the pandemic?

Traveling for leisure. Seeing family and friends I haven’t seen in a long time or in case of the babies, meeting them for the first time! I also look forward to being able to plan for the future. There’s been so many unknowns that it’s been nearly impossible to plan and think about anything other than making it through the day/week, etc.

Having the courage to push past my introverted tendencies and join my college radio station back in the early 1990s. I commuted to school and lived at home during my time in college and I didn’t know anyone at WLFR at the time. But I knew I needed a change back then and I loved music. Once I was there it was as if I found the mothership of my people! I didn’t even want to be on the air at first, but I caught the bug and wanted to share music I loved. I quickly became part of the management of the station and eventually General Manager until I graduated. I am the person I am today because of my time spent at WLFR, the people I met and the skills I learned there.

While I would like to say I’d go really far back and I do love time travel tv and films, I’d probably go back to before 2006 so I could ask my Grandmother to record some stories and learn more about ancestors, family lore and her life living in Atlantic City. I’d also be able to talk more with my Dad too as he passed in 2017. I’m fortunate that we have decent records of family history. Researching my ancestry is a hobby that I wish I had more time for. I think it’s cool that I have ancestors from at least three celtic nations!

Celtic House, both dine-in & takeout, right here in the southside of Arlington! Also, I have to say that El Pollo Rico peruvian chicken and Nam Viet are both staples for us at AIM/WERA and they’re both not far from the station.

Music, for sure. Taking time off to travel, spending time at the beach, being with family & friends.

Dog or Cat?  Dog!
Morning Person or Night Owl?  Night owl, most definitely
City or Country?  City (suburbs)
Beach or Mountains?  Beach
Watch TV or Read A Book?  TV, but when I have a good book, it’s difficult to put down!
Sunny or Rainy?  Sunny
Restaurant or Home Cooking?  Home cooking
Pants or Shorts?  Pants
Warm or Cold drinks?  Cold

Given all of our time now spent at home, do you have any current favorite shows you’re enjoying/binging?

Men in Kilts: A Roadtrip With Sam and Graham because it shows so much of the beautiful Scottish countryside. I also just watched His Dark Materials.

How about a movie (new or old) that you’ve watched recently that you loved?

I’ve watched more TV than film in the past year, but I have The Father, Minari and Wolfwalkers on my watch list.

Finally: They say April showers bring May flowers. Have you found that to be true?

Definitely in my home state of NJ, but here in VA I think the flowers arrive earlier!

And what would you say IS your favorite resulting flower?